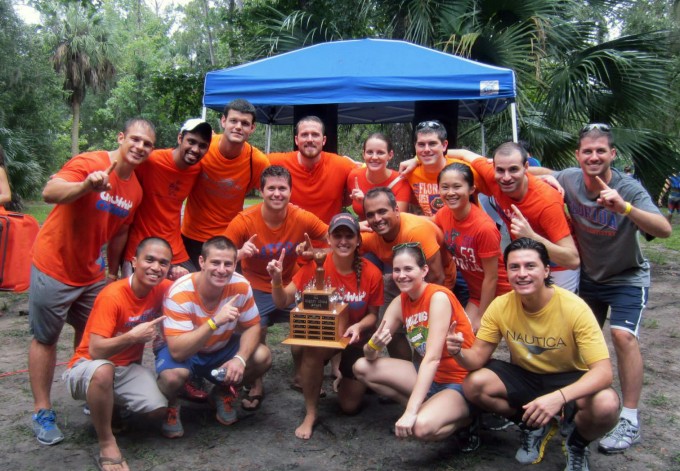 On Sept. 22, six teams gathered but only one could emerge victorious. They wore their team colors, brought their gear and battled it out in the rain for the championship title at the Annual Mighty Molar Picnic at UF’s Lake Wauburg. More than 200 people attended the event, organized by the University of Florida American Student Dental Association (A.S.D.A.) to raise money for Smile Train, the world’s largest cleft charity.

Mighty Molar Picnic features a slate of good, old-fashioned games like tug of war, wheelbarrow race and a relay race and pits six teams against each other for the title: first, second, third and fourth year D.M.D. student teams, a pre-doc team and one comprised of faculty.

This year, having been disappointed with last-place finishes of recent faculty teams, Boyd Robinson, D.D.S, M.Ed, interim dean of the college, organized a carefully chosen group of faculty members whose hidden talents would help him meet his lofty goal of, “not finishing in last place.”

The faculty team, “Faculty Rules, Students Drool,” faced the challenge head on and succeeded – they weren’t in last place at the end of the day.

The faculty team, when faced with a serious team of seniors in the tug-of-war, used the tried and true method of letting go of the rope at the same time, and enjoyed watching the seniors all fall into a heap on the muddy ground. 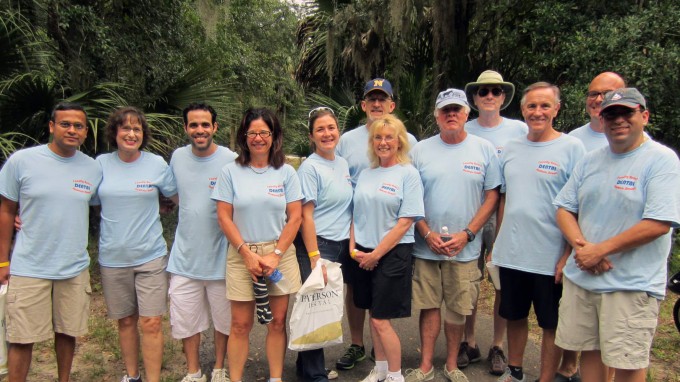 “We were really doing well overall that day until Dr. Cal Dolce and Dr. Neel Bhattacharyya, also known as Marco and Polo, got lost on Lake Wauburg during the canoe race. We’re thinking of sending a search party out next weekend. Maybe,” Robinson said. 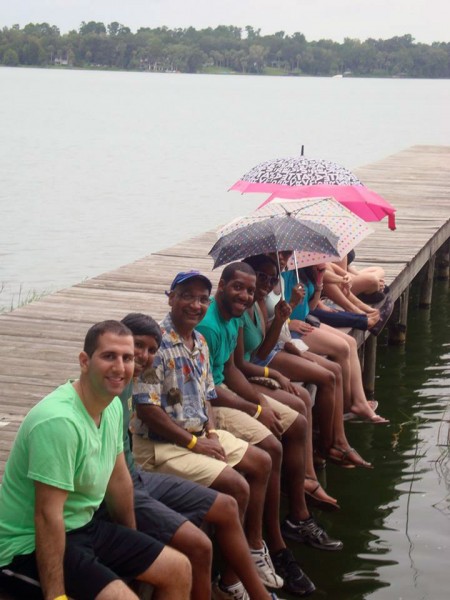 Robinson also lauded the team’s M.V.P., Dr. Virginia Dodd, who competed in every event and had to eat marshmallows in the relay race, “she really gave her all.”

In the end congratulations go to our seniors, the University of Florida College of Dentistry Class of 2014, for winning this year’s Mighty Molar Competition. But the real winners are the kids who will benefit from the $2,400 raised for cleft palate treatment through Smile Train.

For more photos, check out the photo album on A.S.D.A’s Facebook page.