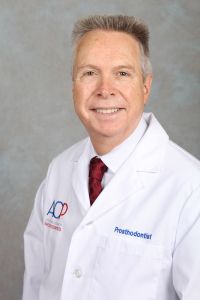 Dr. Nimmo served as a consultant from 1995 to 2006 to the American Dental Association for the National Board Examination Part II for the Prosthodontics Test Construction Committee and Consultant Review Committee.  He was the Commissioner representing the specialty of prosthodontics on the ADA Commission on Dental Accreditation (CODA) from 2001 to 2005.