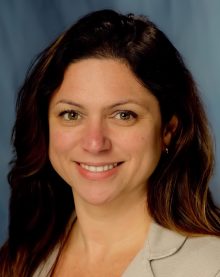 Congratulations to Marcelle Nascimento, D.D.S., Ph.D., who received the 2021 EBD Mid-Career Faculty Award from the American Dental Association Science and Research Institute, or ADASRI, and the American Association for Dental, Oral and Craniofacial Research, or AADOCR.

Nascimento was one of three winners of the ADASRI and AADOCR annual Evidence-Based Dentistry Faculty and Practice Awards; the awards were announced during the SmileCon™ in Las Vegas on October 13, 2021. The awards are supported through an unrestricted educational grant from Colgate and are presented to educators and clinicians who have made significant contributions to implement and advance evidence-based dentistry.