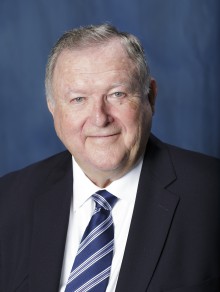 UF College of Dentistry Emeritus Professor Kenneth Anusavice, D.M.D., Ph.D., passed away on September 30 in Gainesville. He retired in 2010, following 27 years serving on faculty with UFCD.

“Dr. Anusavice was well known throughout academic dentistry, particularly for his research in dental biomaterials. He had a long, impactful career as a researcher, a teacher and a leader in our profession and our college,” Dean Isabel Garcia said.

Anusavice earned his bachelor’s degree in 1962 in mechanical engineering from the Worcester Polytechnic Institute. In 1970 he completed his doctorate at UF in Materials Science and Engineering before earning his dental degree from the Medical College of Georgia in 1977. In addition to practicing and teaching dentistry, he worked as a metallurgical engineer and a technical analyst for the U.S. Atomic Energy Commission for a total of seven years.

Our thoughts go out to his wife, Sandra, his children, Jennifer and Joel, and his grandchildren.

Dr. Anusavice’s funeral service will be held on Thursday, October 14 at Queen of Peace Catholic Church (10900 SW 24th Ave, Gainesville, FL 32607). There will be a visitation at 11 a.m. followed by a service at noon.