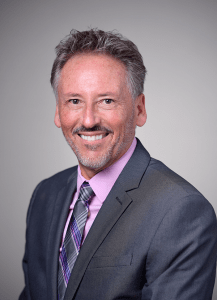 In August, Marc Ottenga, D.D.S., rejoined the faculty of the UF College of Dentistry as a clinical professor in the operative division in restorative dental sciences. He is focused on didactic, preclinical and clinical teaching with predoctoral students and residents in the Operative Masters Program.

Ottenga earned his bachelor’s degree in 1977 and his dental degree in 1980 both from the Ohio State University. In 1981, he completed a general practice residency at the Veteran’s Administration Hospital in Miami, Florida. Ottenga provided care as a staff dentist at the Veteran’s Outpatient Clinic in Oakland Park, Florida, and then spent 24 years in private practice in Florida.

Ottenga first joined the college in 2004 as a part-time clinical associate professor. He became a full-time professor in 2005 and was promoted to clinical professor in 2012. He was voted Teacher of the Year by the students in 2006 and 2014, and he also served as faculty advisor for the Class of 2009. During his time at UF, he was appointed to a variety of administrative and leadership roles and was serving as the program director in operative dentistry before his departure in 2017 to join the LECOM School of Dental Medicine in Bradenton, Florida. At LECOM he was a clinical professor in restorative dentistry and served as the assistant dean of preclinical education and then the assistant dean of education.