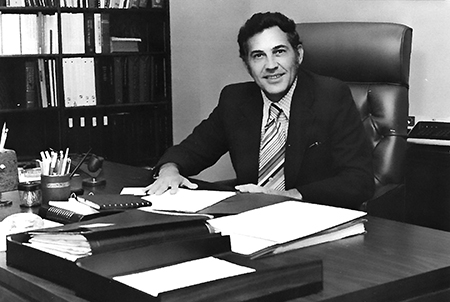 During that time, he oversaw the move of UFCD, which had been operating in several temporary locations, into the dental tower. He was here when we began providing care to our first patients and presided over the commencement of our first graduating class of 24 dentists in 1976. He also ushered in the establishment of advanced education programs and the continuing dental education program, which began in 1981. After leaving UF, he served as dean of the University of Texas School of Dentistry.

Allen was born and raised in Burlington, North Carolina. He is predeceased by the love of his life Winnie Allen, his wife of 55 years, and Margaret Allen Small, his sister.

A private memorial was held at Crescent Beach which was his favorite place to spend time with family.