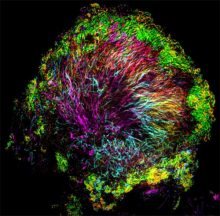 According to the Human Microbiome Project, in the body of a healthy adult, microbial cells are estimated to outnumber human cells 10 to one. The community of microbial cells remains largely unstudied, leaving their influence upon human development, physiology, immunity and nutrition almost entirely unknown.

This makes human microbiome a research field of high importance, and one that Jorge Frias-Lopez, Ph.D., specializes in.

Frias-Lopez joined the University of Florida Department of Oral Biology as an associate professor in August 2016. Frias-Lopez arrived in Gainesville from Cambridge, Massachusetts, after eight years and three different roles at the Forsyth Institute, the only independent research institute in America specializing in oral health and its impact on overall wellness.

The unifying theme of his work is to understand the role that microbial communities play in human health and disease. His research interests are concentrated on studying the ecology of the human microbiome focusing on the oral microbial community.

The search for greater understanding about the human microbiome fuels Frias-Lopez and his research team to find answers. He uses polymicrobial disease, or periodontal disease, as a model to study and understand complex human microbial communities and the interactions among their members and hosts.

He was most recently awarded a R01 grant from the National Institutes of Health, or NIH, for a project, “Dysbiosis of the subgingival microbiome: host-microbial metatranscriptomatic analysis during periodontal disease progression and post periodontal treatment,” that is expected to end in 2021. The relevance translates directly to periodontitis, which is caused by complex microbial communities, and can ultimately result in the loss of teeth.

The goal of his work is to understand crosstalk between organisms and hosts during periodontitis progression, with a goal of developing specific treatments against the disease. 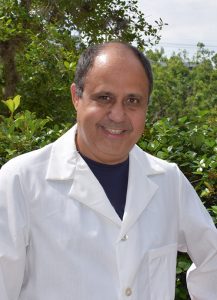 Frias-Lopez’s latest undertaking continues his desire to understand the mechanisms of progression of the most common infectious polymicrobial inflammatory disease. He was awarded NIH grants from 2011-13 to study changes in the metagenome and metatranscriptome of the oral community that could explain why, in some cases, disease progresses, and in others, it does not.

Using system biology approaches, his lab has begun to identify bacterial modules in the pathogenic microbial community that are associated with disease. As part of his work on disease progression, he has also collected samples from diseased individuals after treatment.

Frias-Lopez presented on the topic in March during the International Association of Dental Researchers in San Francisco, California, with his presentation “The Metatranscriptome of the Oral Microbiome in Periodontal Disease Progression.”

In addition to NIH funding, Frias-Lopez’s research is supported by the National Institute of Dental and Craniofacial Research, or NIDCR, and companies like Colgate-Palmolive. He collaborates extensively with investigators at multiple universities.

Frias-Lopez recently started a collaborative project with Maria A. Kukuruzinska, Ph.D., at Boston University and the Dana-Farber Cancer Institute in Boston, to study the potential role that the oral microbiome plays in oral cancer. The investigators are analyzing samples from a small group of patients in a pilot study characterizing the profiles of gene expression of the microbial communities colonizing active cancer sites by metatranscriptome analysis, as well as of the host response on those sites.

Frias-Lopez completed his bachelor’s and doctorate degrees at the University of Barcelona in Spain in 1987 and 1992, respectively, and completed his post-doctoral training at the University of Illinois at Urbana-Champaign from 2001-04. He then moved to the Massachusetts Institute of Technology to work as a research scientist at the Department of Civil and Environmental Engineering.

It was not until he was working at MIT that he was able to develop a methodology to study microbial community gene expression in situ, which resulted in the first comprehensive report on the expression profile of bacterial communities in open ocean waters.

In 2008, he joined the Forsyth Institute, becoming an associate member of the staff in 2013 before heading to Gainesville last fall. He lectured at the Harvard School of Dental Medicine and served as co-chair of the microbiology department at the Forsyth Institute. While at Forsyth, he established a research program focused on the study of the function of the components of the oral biofilm in vivo and using a multispecies biofilm model.