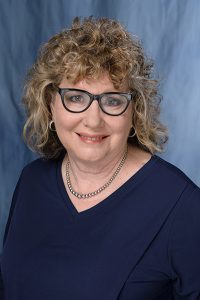 Ann Progulske-Fox Ph.D., a distinguished professor in the University of Florida department of oral biology, was honored by the National Academy of Inventors (NAI) when she was inducted as a 2015 Fellow of the NAI on April 15 during their fifth annual conference at the United States Patent and Trademark Office (USPTO) in Washington, D.C. Progulske-Fox was one of two new members from the University of Florida; joining nine UF members who were inducted previously.

She was also invited to join the NAI Fellows Advisory Committee, a new committee. Committee members represent a wide array of the nation’s leading research universities and come from a broad range of disciplines. The committee will implement a comprehensive review process to evaluate the submissions for this competitive program.

Progulske-Fox is also the director of the UF Center for Molecular Microbiology. She earned her bachelor’s degree from South Dakota State University, her Ph.D. at the University of Massachusetts in microbiology and completed her post-doctoral fellowship at the University of Connecticut College of Medicine. Progulske-Fox’s research focuses on the pathogene­sis of oral bacteria and her group has developed novel technology (IVIAT) to discover which bacterial genes are expressed only while causing disease in the human host. By identifying virlence-associated genes that would not be found by conventional methods, she has improved the understanding of the pathogenic mechanisms employed by more than 35 pathogens that have been stud­ied with this technology. She is a two-time recipient of a UF Research Foundation Professorship and also received the Distinguished Scientist Award for Research in Periodontal Disease from the International Association for Dental Research. She has published over 100 arti­cles and five book chapters, and serves as an editor or editorial board member for multiple peer­-reviewed journals and is a fellow of American Association for the Advancement of Science.

Progulske-Fox is an inventor on 12 issued U.S. patents, ten of which relate to novel virulence genes expressed by Porphyromonas gingivalis and Actinobacillus actinomycetemcomitans and the use of these expressed proteins for diagnosis, treatment and monitoring of periodontal disease. Eight of the patents, covering bacterial antigens that can be used for diagnosis and monitoring of periodontal disease, have been licensed to PerioPruv Holdings. Progulske-Fox serves as the chief scientific officer of this start-up company which is close to selling the first rapid, point-of-care test for diagnosing active periodontal disease because it detects virulence markers produced only during active infections. Currently the diagnosis of active periodontal disease can only be done many months retroactively, during which time additional systemic pathology may take place. Given the accumulated evidence linking periodontal disease as a risk factor for cardiovascular disease, Alzheimer’s disease, rheumatoid arthritis and premature births (among other serious systemic diseases), it is anticipated that this simple diagnostic test will have a major impact on public health worldwide.

Election to NAI Fellow status is a high professional distinction accorded to academic inventors who have demonstrated a highly-prolific spirit of innovation in creating or facilitating outstanding inventions that have made a tangible impact on quality of life, economic development, and welfare of society. Fellows are nominated by their peers for outstanding contributions to innovation in areas such as patents and licensing, innovative discovery and technology, significant impact on society, and support and enhancement of innovation.

“Congratulations to the 2015 NAI Fellows on earning this well-deserved distinction and joining an impressive group of academic inventors,” said Andrew Hirshfeld, USPTO commissioner for patents. “It was my honor to serve on the 2015 Fellows Selection Committee. The NAI Fellows Program plays an important role in highlighting our nation’s most prolific inventors and their accomplishments, which provide vital support for our economy.”

The recent induction brings the total number of NAI Fellows to 582, representing over 190 research universities and governmental and non-profit research institutes. The 2015 Fellows account for 5,368 issued U.S. patents, bringing the collective patents held by all NAI Fellows to more than 20,000.

Included among all NAI Fellows are more than 80 presidents and senior leaders of research universities and non-profit research institutes, 310 members of the other National Academies (NAS, NAE, NAM), 27 inductees of the National Inventors Hall of Fame, 32 recipients of the U.S. National Medal of Technology and Innovation and U.S. National Medal of Science, 27 Nobel Laureates, 14 Lemelson-MIT Prize recipients, 170 AAAS Fellows, and 98 IEEE Fellows, among other awards and distinctions.