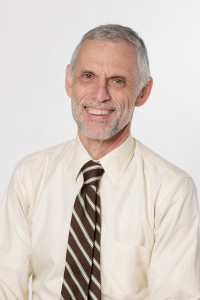 When Timothy Garvey, D.M.D, decided he wanted to be a dentist, he imagined having his own practice — just a small one.

He never thought he would be teaching UF dentistry students, spending his free time providing dental care to people in rural areas of the Dominican Republic and working almost exclusively with patients with special needs at a UF-sanctioned office in Tacachale.

“This was nothing like what my career plan was,” he said, laughing.

But after 35 years of practicing dentistry, Garvey said his idea of a small practice “eventually morphed into this, which is the best of all worlds.”

Garvey earned both his undergraduate and graduate degrees from UF. He graduated with a bachelor’s in chemistry, but he said being a researcher wasn’t people-oriented enough for him. He found his calling working with patients with special needs, who often require a particular kind of care.

For example, a patient might not open his or her mouth or be able to verbally communicate what the problem is, so the dental staff has to pay attention to the patient’s non-verbal cues. Patients may motion to one side of their face, and the dental team tries to find out why.

The mother of a patient recently mentioned that she had made about 90 phone calls before finding a dental office that could accommodate her son, who has special needs. Another parent of a 13-year-old child with autism told Garvey he was grateful for the clinical staff at Tacachale, the College of Dentistry and UF Health for listening to what his son was trying to communicate.

“There’s more than one way to get to a goal,” Garvey said — and that’s what he tries to teach students in the College of Dentistry.

Now, the College of Dentistry has multiple mission trip programs, covering regions from Ecuador to Guatemala. Many of the trips were started by dentists and students who were part of the Dominican Republic experience.

When students participate in these trips, they often have to work in atypical environments, without running water or electricity. At the beginning of the week, he said, students are apprehensive. At the end of the week, though, they become more confident in their dental and patient-management skills, and that makes Garvey proud.

“You can see them growing on a daily basis,” he said.

Garvey said he teaches students to think of new and innovative approaches to dentistry. Garvey knows the work he does can be challenging and non-traditional. Often, just as his patients have difficulty telling him exactly what their dental issue is, they have difficulty thanking him verbally.

“But we can do it,” Garvey said. “You get your thanks in other ways.”

This story ran in the February 2016 issue of the UF Health’s The POST.