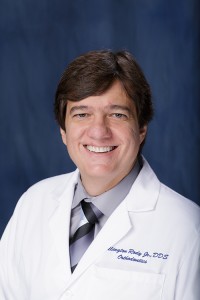 Congratulations to Wellington Rody, Jr., D.D.S., M.S., who became a member of the Edward H. Angle Society of Orthodontists in 2015 and received the 2015 B.F. Dewel Memorial Research Award or his research project, “Gene expression profile analysis of osteoclasts and odontoclasts.” Rody is an assistant professor in the University of Florida department of orthodontics.

The Edward H. Angle Society of Orthodontists (EHASO) grew out of a distinguished Angle School alumni organization begun in 1922. The members were dedicated to Dr. Angle’s goals
of excellence and progress in the art and science of orthodontics. In 1930, The Angle Orthodontist was inaugurated by the Angle Society as a means of furthering these aims.
Today, EHASO is a global society which adheres to its founding traditions. Membership, drawn from the entire community of orthodontists, consists of men and women identified as able and willing contributors to the advancement of orthodontics.