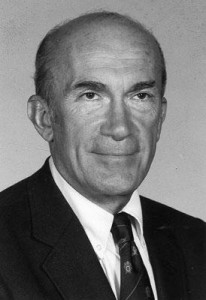 Donald Wayne Legler, D.D.S., Ph.D., passed away on December 9 in Gainesville following a long illness. He was born on October 2, 1931 in Minneapolis, Minnesota. He served as dean of the University of Florida College of Dentistry from October 1983 until March 1994 when he retired as professor emeritus.

“Dr. Legler oversaw the college during a period of growth, helping shepherd the college into a more mature institution with a growing reputation for excellence in dental education, research and patient care,” said A. Isabel Garcia, D.D.S., M.P.H., dean. “He had a reputation of being a strong, intelligent, insightful leader with a kind demeanor and was well-respected by faculty, staff and alumni who had the privilege to know and work with him.”

Legler began his career in military service as a dental office for the United States Air Force from 1956 to 1958 and then worked in private practice from 1958 to 1962 in Estes Park, Colorado. His academic career began in 1962 when he joined the faculty of UAB as an instructor in pediatric dentistry.

He remained on faculty at UAB until 1980, serving in many roles including as chair of the department of oral biology, director of admissions, assistant dean and associate dean. In 1980, Legler joined the faculty of the University of Minnesota School of Dentistry as associate dean for research and advanced education, before being appointed professor and dean of the University of Florida College of Dentistry in 1983.

Legler had a strong career in research, receiving grant support for research from the National Institutes of Health, the U.S. Office of Naval Research and from private industry. His major areas of research interest included immunology, serum complement system, phylogeny of the immune response, germfree technology and preventive dentistry. He lectured extensively and had numerous publications throughout his career, and was also highly involved in organized dentistry. In 1988, he received the Dentist of the Year Award from the Florida Dental Association.

He is survived by his wife of 58 years, Janice, four children, and eight grandchildren. You can read his full obituary here.