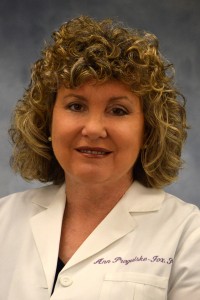 Ann Progulske-Fox, Ph.D., a distinguished professor in the University of Florida Department of Oral Biology, was elected as a fellow in the American Association for the Advancement of Science (AAAS) in October 2014. The AAAS Council elects members whose efforts on behalf of the advancement of science or its applications are scientifically or socially distinguished. The honor of being elected a fellow of the AAAS began in 1874 and is commemorated with a certificate and a rosette.

AAAS fellows are elected by their peers, and fewer than 1 percent of the association’s members are elected each year. Fellows are selected for their efforts to advance science or scientific applications that are deemed scientifically or socially distinguished.

Progulske-Fox was selected for her distinguished contributions in the field of microbiology that have increased understanding of the links between oral and systemic health. She will receive her certificate and rosette during the AAAS Fellows Forum, part of the association’s annual meeting in February 2015 in San Jose, California.

Her research interests focus on how successful pathogens survive and cause disease, and how bacteria from the mouth cause disease in other parts of the body.

She is one of six UF faculty members named AAAS Fellows in 2014 and the only one at the UF Health Science Center. They join 401 named nationally who were honored for their scientific contributions in the 24 sections of AAAS, the world’s largest general scientific society.