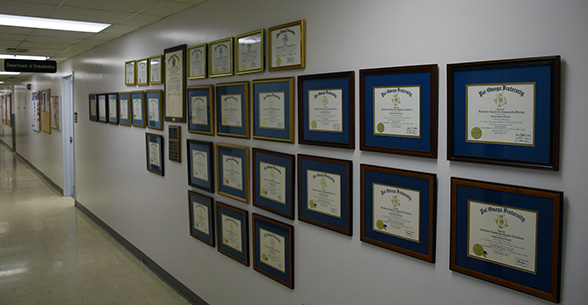 “The Gamma Gamma Chapter has a long history of receiving these awards as evidenced by the plaques on display on the wall outside of the endodontic office on the 10th floor,” said James Haddix, D.D.S., an associate professor who serves as the faculty advisor for the Gamma Gamma Chapter.

The fraternity also has the distinction of being the only one in continual existence since the college opened in 1972.  For more information about the Gamma Gamma Chapter, visit their page on the UF College of Dentistry website.