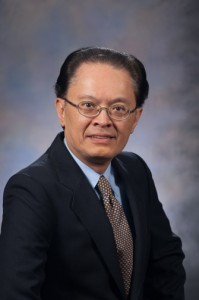 For the second time this year Edward Chan, Ph.D., a professor in the University of Florida Department of Oral Biology, has received a mentoring award. The most recent one is the 2013 UF-HHMI Science for Life Distinguished Mentor Award which honors UF’s most academically talented undergraduates and the faculty who mentor them.

The mentorship is a two-year term during which he will mentor undergraduate students as part of his research program. In addition to the title, he will receive $5,000 per year.

In March, Chan was one of five recipients of the 2012-2013 Doctoral Dissertation Advisor/Mentoring Award from the University of Florida Graduate School in recognition of his support of graduate education and sponsorship of student research.

Congratulations, Dr. Chan, for what Robert Burne, Ph.D., associate dean for research, called a “hat trick,” adding that both awards are true honors.